You are here: Home / García Lorca

Over the mouth of the well
the gypsy woman was rocking.
Green flesh, green hair,
With eyes of cold silver.
A sliver of the moon
holds her over the water.
The night became intimate
like a small plaza.
Drunken Civil Guards
were banging on the door.
Green, how I want you green.
Green wind. Green branches.
The boat over the sea
and the horse on the mountain. 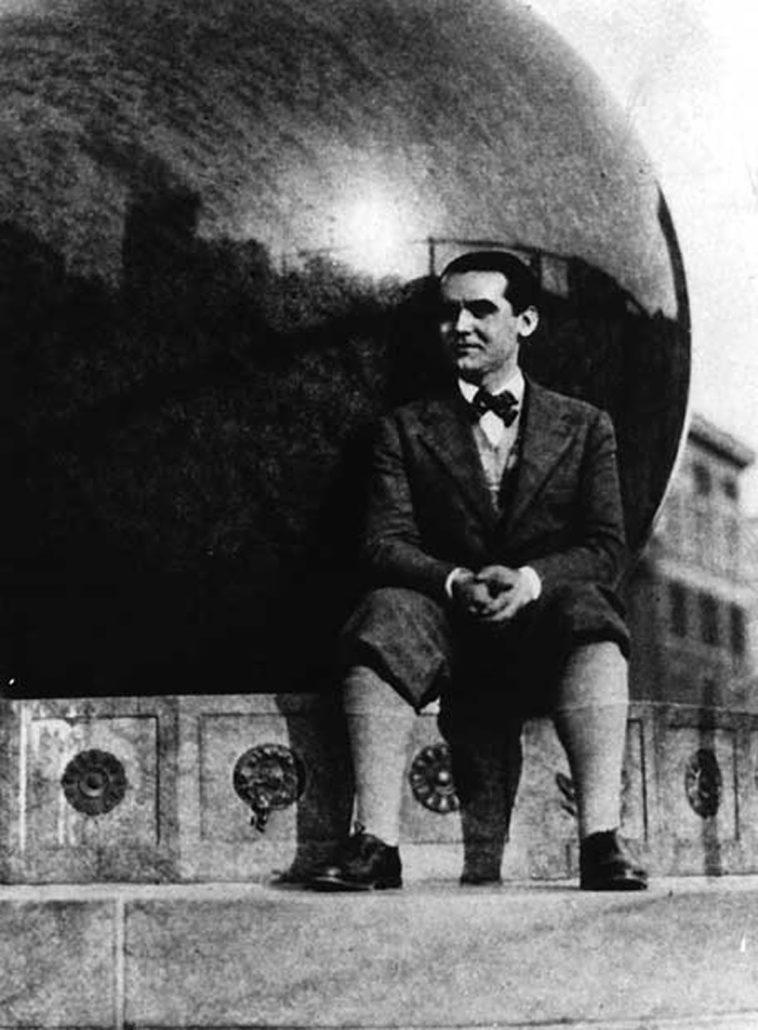 The lexicon of flamenco is an undeniable part of the art form. The shouts of ¡olé! and the idea of duende, the spirit of flamenco, are as much structural pillars as the singing, dancing, and clapping. One of Spain’s most distinguished flamenco experts, in his speech “Theory and games of duende,” noted that “in the search for duende there is neither map nor practice.”

The connection between Lorca’s works and flamenco is so strong that the question arises: is flamenco Lorca-esque, or is it vice-versa? Without doubt, Federico García Lorca is the most flamenco of those known as the “cultured poets”, to such an extent that one entire volume of his verses was dedicated to the genre.

The relationship between Lorca and the original Café de Chinitas is equally deeply-rooted, as the poet was a regular client who immortalized their connection in the popular composition Café de Chinitas, written in 1931.

Poema del cante jondo, written in 1921, and El romancero gitano, from 1928, are two examples of Lorca’s poems with ties to flamenco. He continued to develop his own flamenco aesthetic through two of his works: “The historical and artistic importance of the primitive Andalusian cante jondo” and “Theory and games of duende.”

The attraction between flamenco and Lorca is the result of a link between this Granada-born poet and the popular poetic styles of the time. His use of gods in many of his writings, particularly in El romancero gitano, demonstrate his efforts to elevate the popular art form to a higher cultural status.

La Argentinita, La Niña de los Peines and Pepe Marchena all recorded their own versions of some of the songs written by Lorca. Today, in memory of the most popular Lorca poems, we have the versions immortalized in song by the greats Camarón and Enrique Morente.

Over time, Camarón adapted five of the poet’s works, which live on today in his songs “Calle Real” and “Soy gitano.”

However, there is no doubt that Lorca’s compatriot, fellow Granada-born Enrique Morente, is the true great translator of Lorca’s work into flamenco.

As an homage to this great poet, we have created a flamenco performance titled Remembering Lorca. The show is based on Lorca himself and the female protagonists of his work. Bernarda Alba, Yerma and Mariana Pineda all “fight” to win Lorca over, each one with her feminine wiles and captivating dancing, all with the aim of winning the favor of the poet. In the second act, Paquiro and the alegrías are the stars, who then give way, for the third and final act, to the cantante cafés, including the most famous of all, the Café de Chinitas. They show us how the joy and spontaneity of flamenco have left their permanent mark on our Tablao Flamenco Café de Chinitas more than a century later.

Just when everyone begins to think that nothing new can be created and everything has already been seen and done in the world of flamenco, our show arrives. We bring history and modernity together to create a new Café de Chinitas. Lorca is our vessel to bring flamenco to a new audience of Spaniards that have moved away from the world of flamenco.